Rumble Under The Palms: All-Tournament Teams (Class of 2026) 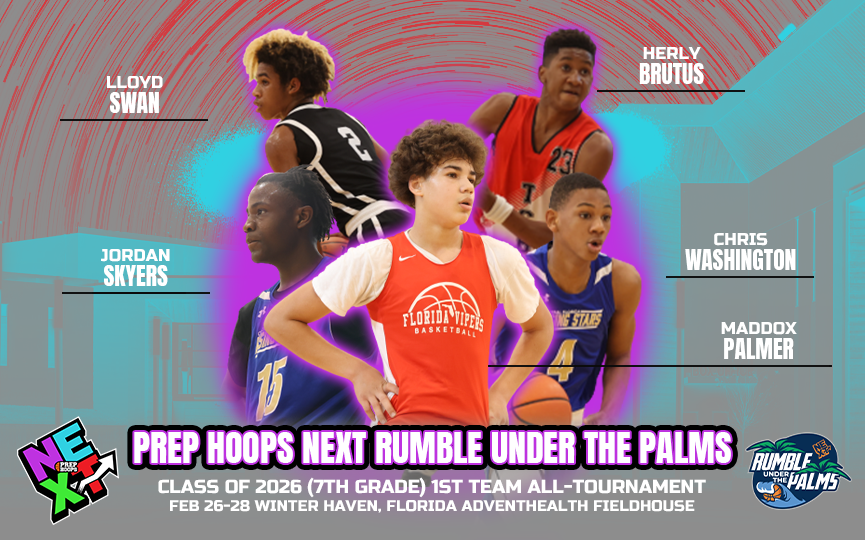 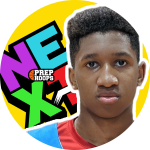 Winter Haven, Fla. — The Prep Hoops Next circuit once again provided a glimpse into the Southeast region’s up-and-coming talents at the recent, “Rumble Under The Palms”, hosted at the AdventHealth Fieldhouse and Conference Center in Central Florida.

Congratulations to the following players for being recognized as All-Tournament selections from the event’s seventh-grade division. Be sure to check back throughout the week as our team of scouts will provide additional recaps featuring even more of the top performers from the Class of 2026 who participated in the tournament…

1ST TEAM | RUMBLE UNDER THE PALMS

As referenced in our Day 2 (Sunday) recap from Rumble Under The Palms, Brutus was easily one of the event’s most exciting performers, and an absolute lock for 1st Team All-Tournament honors. The Class of 2026 forward has the makings of a star on the national level but consistency will be key in order for his profile to continue trending upward. Brutus helped lead Tri-City Ballers (FL) to the seventh-grade championship game, including three 20+ point victories, and an impressive semifinal showing versus Central Florida Rising Stars (FL) that featured a head-to-head match-up against another touted prospect in Chris Washington.

Palmer was one of the most versatile prospects in attendance when considering his all-around game. Based on the format of the event, an early pool play loss to eventual champion All Ball (FL) prevented Palmer and his Florida Vipers (FL) teammates from competing for the platinum title on Sunday but the group still managed to finish the tournament with a 4-1 record and gold bracket crown. Following his standout performance on Day 1 (Saturday), Palmer again returned ready to compete on Sunday, and closed out his weekend at Rumble Under The Palms with another pair of notable performances while securing his 1st Team All-Tourney selection.

Skyers brought some needed Northeast flair and grit to the floor for Central Florida Rising Stars (FL) but the talented group fell just short of the championship round with their semifinal loss at the Rumble Under The Palms event. The New Yorker has an edge to him, with unmistakable confidence, and an impressive frame for a seventh-grade backcourt prospect. Additionally, his handle and shiftiness make him tough to contain off the bounce. The flash and moxie that Skyers competes with surely make him a fan favorite, but there’s substance to his game as well, and he was effective as a scorer and facilitator for his club from start to finish.

Although his name did not appear until our Sunday recap at Rumble Under The Palms, Swan wasted no time becoming a familiar face during the event. Paired alongside the Fuentes brothers (more on them later), the stocky lead guard was the primary facilitator for the seventh-grade tournament champions, AllBall (FL). His steady play and leadership anchored his team for the duration of the weekend and his club was one of only two teams with an unbeaten record (5-0) regardless of grade division. Swan’s prominent role for such a dominant backcourt justifies his inclusion on our 1st Team All-Tournament list.

We will likely look back on this past weekend at Rumble Under The Palms and remember it as the start of Washington’s breakout nationally in the Class of 2026. After a trio of remarkable Day 1 (Saturday) performances, the long and bouncy forward kept his Central Florida Rising Stars (FL) team in the game against Tri-City Ballers (FL) before a second-half injury changed the momentum of the semifinal contest. Despite the loss, Washington’s impact on the event cannot be overstated, and he was clearly among an elite group of prospects participating in the event that appear to be on-track for outstanding futures on the hardwood.

2ND TEAM | RUMBLE UNDER THE PALMS

3RD TEAM | RUMBLE UNDER THE PALMS

HONORABLE MENTION RUMBLE UNDER THE PALMS