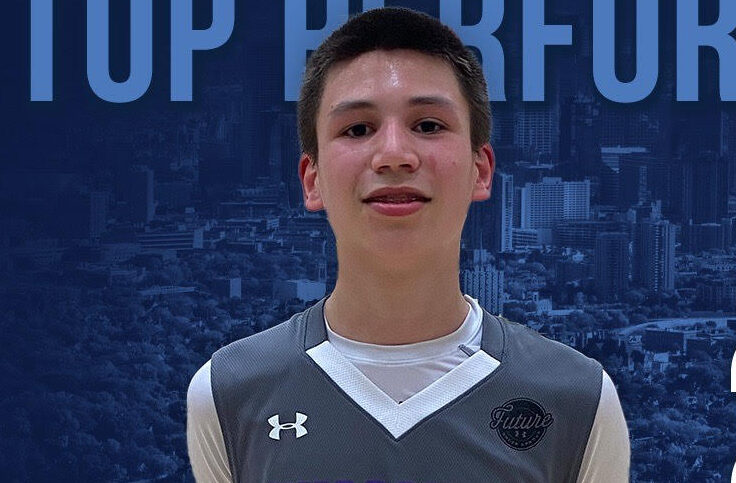 What defines a “Coach On The Floor”?

These guys are often referred to as “floor generals” or “floor leaders”. During a free throw, THIS is the guy coach calls over to talk strategy. He knows what’s going on so he can lead the team on the floor regardless of his position. These guys show up on the stat sheet in unique ways, they may not always be the leading scorers but are the key reasons their teams see success.

A selfless leader who makes an impact wherever he is plugged in on the floor. He’s a threat on the boards. He turns defense to offense quickly. He’s a hustle player and a star (which is a rare mix)! Gray Jr gets his teammates involved and will make the right pass.

Tomes is a silky smooth guard. He will eat up a zone defense with his ability to fill the gap.  He has a stroke from long range. He competes with a chip on his shoulder. He plays with a lot of composure and is clutch in high-pressure moments.

A floor-spacing guard who handles the ball well under pressure. He proves time and time again to be a floor leader. He knocks down big shots for his team with composure. He’s a kid that will be able to step on the big stage and be an immediate asset.

Great decision-maker off the catch. He finds his way to easy buckets consistently. He’s shifty when he puts the ball down. Ohman displays a soft touch in catch-and-shoot situations.

Lebron is a three-level scoring threat. He has a knack for scoring behind the arc and when under duress when driving to the rim. He has a natural shooting stroke that leaves defenders clueless on how to stop him.

Very shifty guard that will score in bunches. Ramus is a vocal leader who puts up big numbers for his team. He does an impressive job leading the tempo on both ends of the floor.  – Photo from 22 points “Top Performer” award at Prep Hoops NEXT Battle At The Lakes –

Yusef is slippery off the ball. He finds space within the defense well. He is a nightmare for zones and can heat up as soon as he sees the ball go in the hole.

A lights-out shooter who will always find the open pocket against the defense. He’s a steady shooter, it only takes him a few shots to get hot. If teams leave him open from distance he will knock it down with confidence. A deep-range threat!

A lightning-quick guard who can create his shot off the dribble consistently. He finds himself scoring with elite touch in the mid-range. He causes havoc turning defense into offense. He’s a major threat in the passing lane.