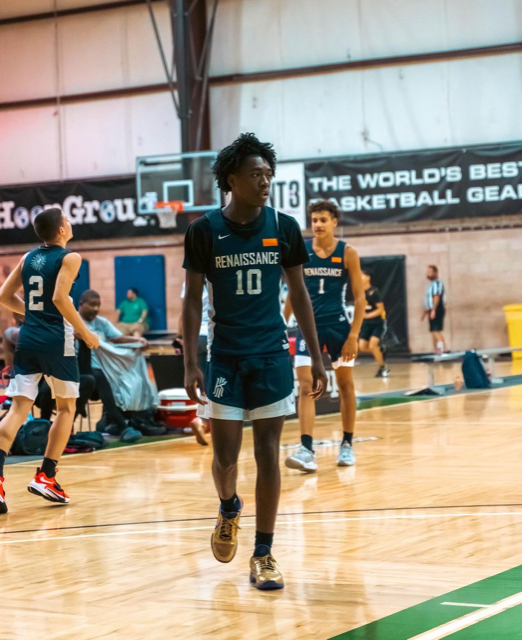 This set of guards will blow your mind with the amount of star power and next level ability. Stay tuned for more guards to feature in the class of 2027 as the list goes on and on.

When you watch this kid hoop you are not going to believe that he is a middle school kid. This kid has a grown man game and he plays with major swag. His bounce is unreal as he is showtime in the open floor. Crossover is crazy as he goes right to left and he gets in the lane in a hurry. Finish at an elite level with both hands. Jacob is quick and skilled at both ends of the floor. Expect a few windmills form his this winter.

Solid handle to start off and his lateral slides with the ball in his hands really make shim hard to stay in-front of as he is shifty and at a nice pace. He does not move too fast or too slow he is moving just right as he gets to the cup and finishes. His playmaking ability is elite as he can create and find players cutting at the last minute. His passes hit the mark and his teammates right in the hands. Float game is nice so if defenders retreat he can finish with that float game.

Tough and gritty guard that does not mind contact when he goes to the rim because he finishes regardless. Playing off of him to protect the drive is not recommended because the dude can shoot the rock. He can hit you with the step back or a stop and pop. Great motor as he is a willing defender. His footwork and vision is often overlooked by his offensive skills. This kid is an all-around talent. PSA could be a full-court press tea with the dogs they have on the squad.

This kid does not shy away from competition as he seeks out games and is trying to run with and against anyone. He has been showcasing his shooting ability for sometime now playing up a grade or two. it has really payed off as he is playing at a different pace than everyone else. He is shooting from distance and he is also playing with a greta pace as the game has slowed down for him and he just looks faster and smarter than everyone right now. He will be tested out West but the boy can shoot the rock.