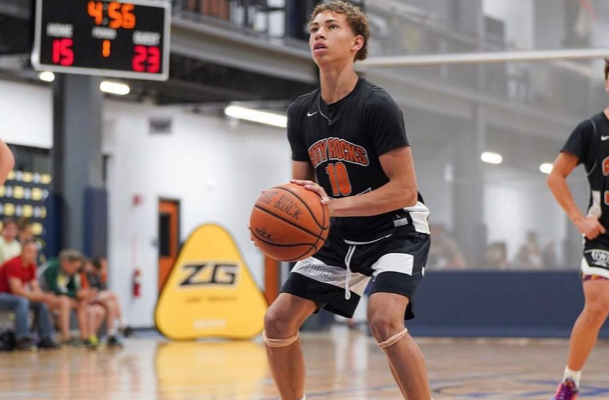 City Rocks will be one of the more defensive minded teams that will pounce on teams in a hurry. Their relentless attack helps feature a lot of their talented open floor players as they get up and down and try to dictate the pace. 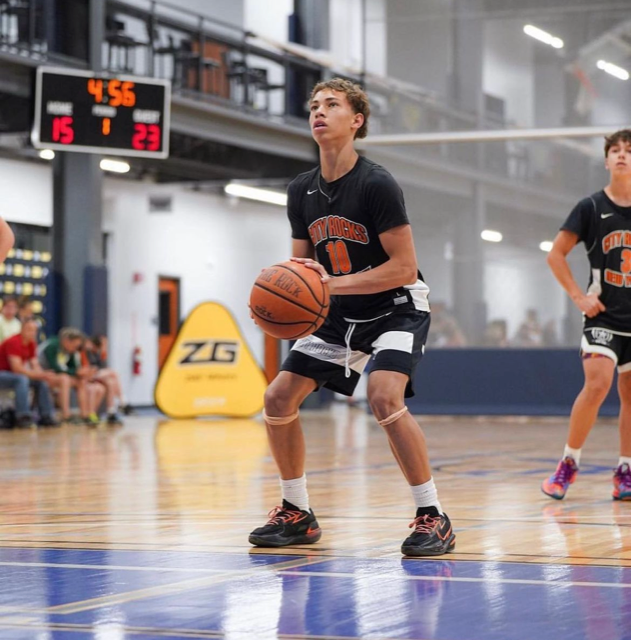 This kid is going to put himself on the map real quick. He is strong, fast and shifty. In the open floor he is a problem because he can make a few moves and get to the rim or he can simply change pace and get the defense out of wack and find open players running with him. That unselfish style fits this team well as they have many players running up the floor. He has elite ball handling and is in attack mode all the time. If he is left open out in the perimeter he will knock them down with that smooth lefty shot. 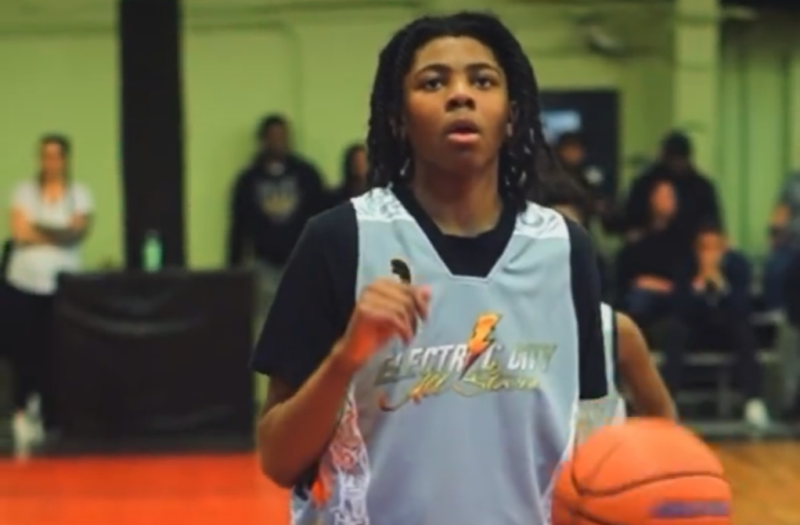 Lanky ball handler that has that stop and go handle as he changes pace and keeps the defense off balance. He has a nice left to right cross but can also go to his left hand hard. Finishes in traffic and has some great court vision. When he is attacking he has a quick cross attack moves he likes to go to. Saw a lot of defenders try and sag off of him to protect the drive but he always finds ways to get to the rim or set up his jumper.

This kid is an athlete. He is a strong hooper already and he is fast. Having him on the squad a s a ball hawk getting steals or pestering the ball handler will cause some chaos. When he has the ball in his hands he stays low and he can get downhill in a hurry. 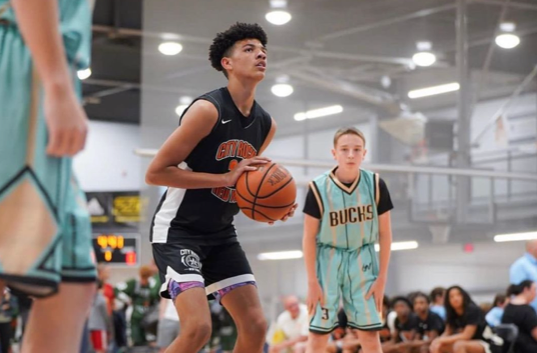 Davon will create matchup issues because he has big guard moves and he can break down bigs that cannot move their feet. He has some good IQ as he can read the defense and know when to cut. He has a long wingspan and when he goes full extension on one handed finishes you can see how well he will project in the future. I like how he can roam out in the perimeter and make one move and attack. Those layups will be dunks all the time in no time. 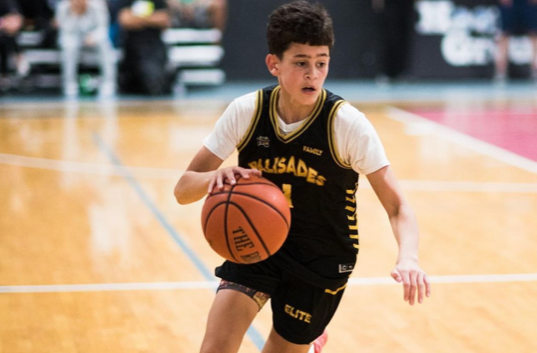