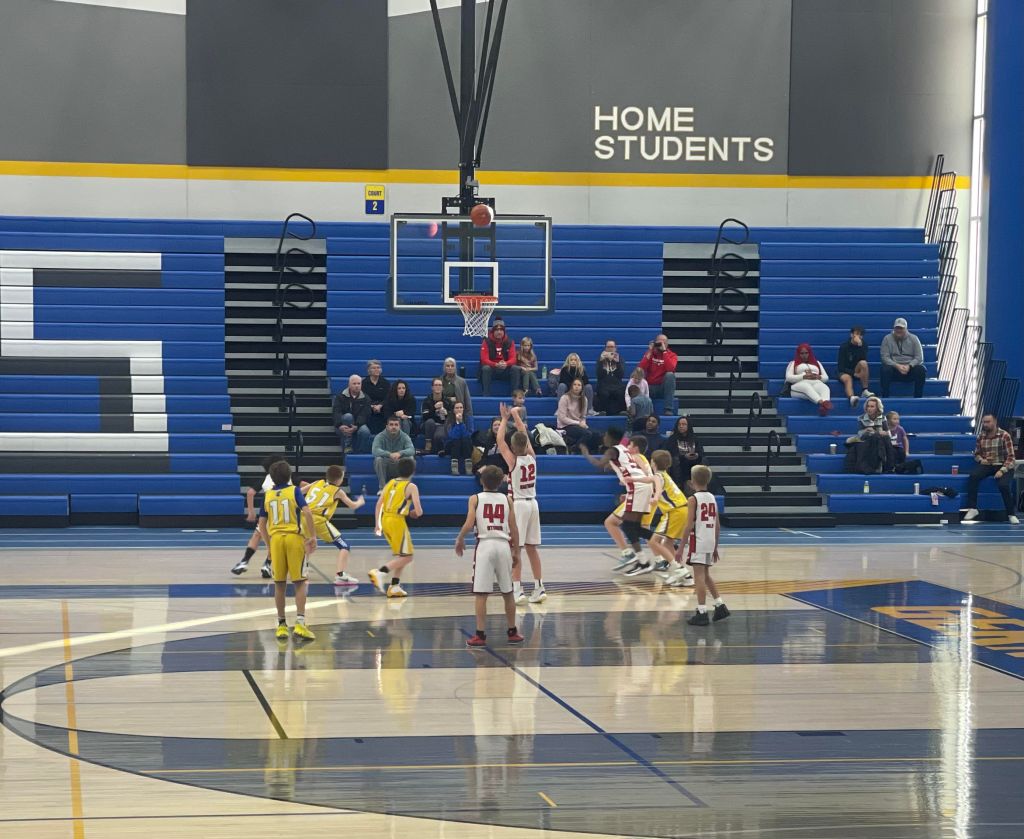 Germantown, Wisconsin on Sunday 11/20. One of the most competitive “feeder program” leagues in Wisconsin was in full swing this Sunday. The gym was packed with impressive teams and matchups. Below are just a few of the prospects that had the gym buzzing at the WYBL League this Sunday!

Williams has a physicality about him that makes him a force in the paint. His crafty fakes and drop steps required a lot of attention this week. The skilled big man proved to stretch the floor when left open on the perimeter. The inside-out scorer played a major role in Pius X going 2-0 this week.

Rautmann was a threat on all three levels this week. When guarded by bigger defenders, he was able to stretch the floor and knock down threes in succession. When ran off the line the high IQ forward was able to read the help and make plays down the stretch for the Highlanders. Carter found himself finishing in the paint frequently and kept helping defenders at distance due to his playmaking ability.

Collins was very effective in setting the table for his teammates. He consistently had his head on a swivel and proved to have a tight handle when under pressure. The hard-nosed guard picked his drives well and was able to absorb contact in the paint. Collins was a serviceable shooter for the Popes on their 2-0 day in tournament play.

Corbin is a steady guard who was rarely shaken or sped up. He proved to be able to make any pass needed to connect with teammates. He has terrific foresight and instinct at the Point Guard position. The high-level facilitator was able to fill it up in the scoring category when defenses overplayed the pass.

Robinson was a defensive anchor for the Highlanders. He timed shots and intimidated attempts which left opponents settling for outside jumpers. The mobile big man ran the floor well and filled lanes for easy baskets, his efforts shifted momentum and acted as a catalyst for the pace of Homestead’s transition attack.