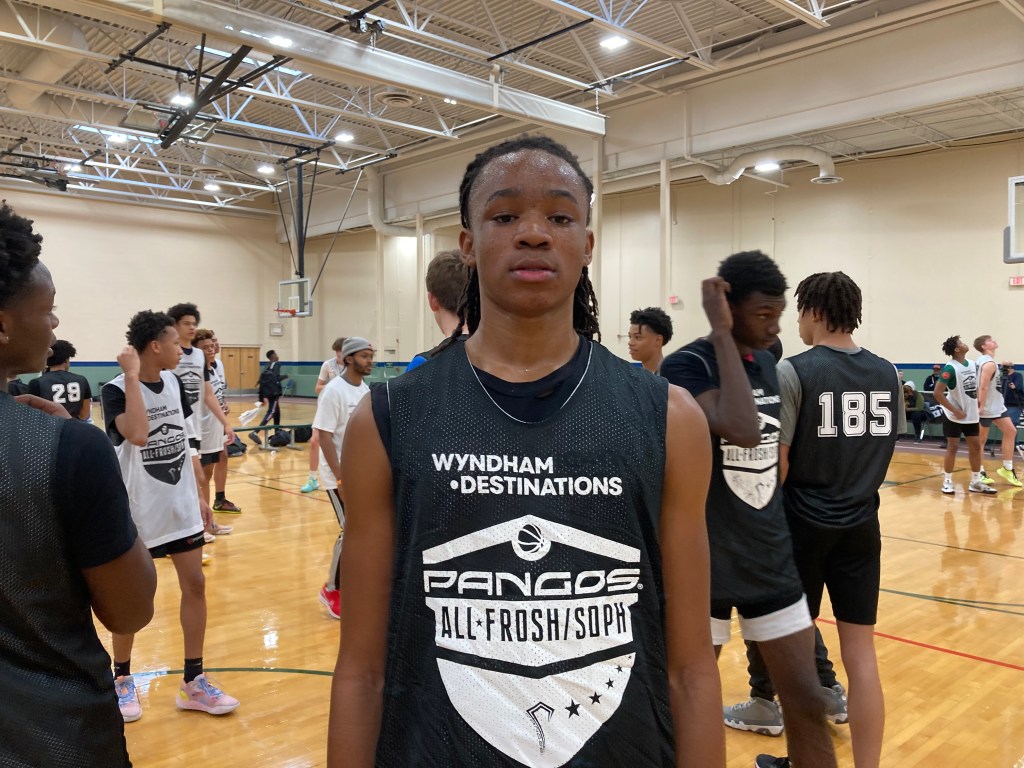 We are halfway through the school year in Illinois for the Class of 2027.  I have been out consistently in the fall tracking middle school hoops and here are a few of the prospects that have stood out thus far. …

We are halfway through the school year in Illinois for the Class of 2027.  I have been out consistently in the fall tracking middle school hoops and here are a few of the prospects that have stood out thus far.  It is definitely early, and there is much more basketball to evaluate come spring/summer when AAU starts.  That being said, here are some of the top prospects that you will want to put on your radar!

Howard Williams:  Howard Williams burst on the scene at Pangos with an outstanding performance that landed him a slot in the Top 60 All-Star Game as an 8th Grader.  Howard at 6’5” is a combination of size and skill that is seldom seen at such a young age.  Coaches speak about the ability to dribble, pass, and shoot.  Howard can do all three.   A player that is in consideration early on in being the #1 player in the class along with Jaxson Davis and Camron Riggs.  Special talent!

Jaxson Davis (Flight 2027):  Early in the evaluation process, you cannot have a discussion about the #1 player in the state of Illinois without mentioning Jaxon Davis.  At 6’0 ft tall, Jaxon exudes a combination of a physical gift, poise, and a high skill set.  He is a three-level scorer at a young age which is rare to find, but even more impressive is one who can score and facilitate simultaneously.  He is the son of a coach and it shows through his IQ.  With players being so young so many variables go into projecting down the line.  That being said, this is one that has Division I written all over him!

Davion Thompson (Flight 2027):  One half of the stellar Flight backcourt that consists of him and Jaxson Davis.  Davion is a physically built combo guard that brings a lot to the table.  Not only can he use his physicality to get downhill on defenders, but he also shoots it well from the perimeter.  What stands out to me is his high IQ.  He consistently makes the appropriate reads on the basketball floor, which is sometimes rare for young players with such physical advantages.  Someone to definitely track!

Jamier Montgomery (Meanstreets 2027):  Jamier is an advanced ball handler who can get anywhere he wants to go on the court.  He is very elusive and crafty off the bounce, making him a nightmare for defenders.  His handle is very “Jamal Crawfordesque.”  The one thing that sticks out is his competitive spirit.  Every time I have watched him play it is obvious that winning is at the forefront of his focus.   For a smaller guard, he rebounds extremely well for his position.  What’s even more intriguing is that we project him to gain quite a few inches to his 5’9 stature in the future with his father being 6’9.

Devin Cleveland:  Young point guard who is regarded as the best shooter in the class of 2027.  He is a flat-out knockdown shooter!  Devin is the youngest of three brothers who all play college basketball.  He has an extremely polished game for an 8th grader.  He has been a young player who has had a target on his back for some time, receiving many players’ best efforts, and has maintained his stellar play.  His decision for AAU basketball will be heavily anticipated due to his perceived immediate impact on any team.

Camron Riggs (Flight 2027):  Along with Howard Williams, Camron is another taller player with a strong skill set.  At 6’5 Camron is a two-way player who consistently makes plays on both ends of the floor.  He is a mismatch nightmare.  He has the ability to score down low on smaller players and consistently beat like-sized players off the dribble.  He has been an integral component of the Flight 2027 group that will likely be preseason #1 in the state of Illinois.   Has the makings of a prototype wing down the line!  Definitely checks all the boxes early on!

Demari Stephens (Demons 2027):  This 6’4 wing is the most physically imposing player in the class!  Demari was a one-man wrecking crew when we evaluated him at the CP3 camp earlier in the fall.  What stands out to me is his relentless motor!  He handles the ball well and applies pressure on the defense attacking the rim.  He also is a young man who we have seen go for several double-doubles in games.  Has a very high ceiling especially if he continues to grow.   Arguably the toughest player in the class.